You’re just arrived in Dublin. You’re opened your bags and took some rest in our room. Now, it’s time to visit the city. Dublin is a historic city; each history lover is happy to know the number of castles, churches and historic places that exist in it. So, if you want to learn more about the historical landmark in Dublin city keep reading this article.

Built by the Viking during the 13th century, the Dublin castle has been occupied a long time by the British administration. After the independence war in 1922, the castle became a major Irish government complex and a famous touristic attraction.  As you can see, this castle has different architectural styles, because of a huge fire in the Viking bastion, a part of the castle was rebuilt as a Georgian Palace. Furthermore, at the end of the 19th century the castle was enhanced, a magnificent Gothic Revival Chapel Royal was built. Today you can visit this place full of history from Monday to Sunday from 9:45 to 17:45 (last admission 17:15) for 8 euros per adult. 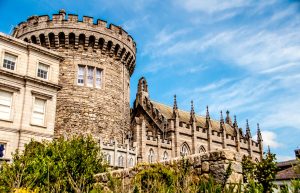 The Malahide Castle is one of the oldest castles of Ireland. Built in 1174, this medieval castle is plenty of history and scandals. This castle was home of the Talbot family for 791 years. Most people talk about the Malahide Castle as the most haunted castle in Ireland. The resident as well as the resident have reported encounters with some specters! If you want to learn more about the castle, you can visit it for only 14 euros per adult all week from 9:00 to 17:30. 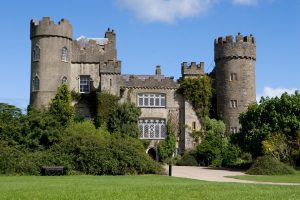 Epic monument of the Irish past, the Glasnevin Cemetery Museum keep 1.5 millions burials of people’s history. This Victorian cemetery is the largest of the country. Inside you could see burials of people who have made history like Michael Collins (a revolutionary politician who fought for the independence in the 20th century) or Daniel O’Connell (or “The Liberator” an Irish politician in 19th century also known for his work for Catholic liberation throughout the British empire). Otherwise, the O’ Connell crypt is the largest round tower in Ireland you can see it from Phoenix Park. To go there you must take a Taxi or walk from the Drumcondra DART station and after you just have to walk about 2.4 km. The tour of the cemetery museum would cost 13 euros per adult. 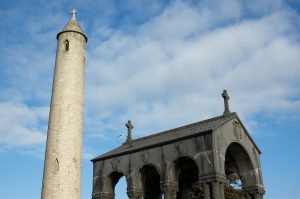 The St Patrick Cathedral was founded in 1191 as a Roman Catholic Cathedral. It’s the national cathedral of the Church of Ireland. At the beginning, it was just a little wooden church outside of the new city walls. Now, it’s the biggest and largest one! The St Patrick Church is very known for its choir from 1432, the oldest of Ireland. You can see to a performance on Monday to Friday, during school term. You can visit it for 8 euros per adult.

The Trinity College of Dublin is the oldest university of Ireland, it was founded by the Queen Elisabeth I in 1592. The Trinity college was built following the architecture the Oxford and Cambridge University. Now on the top ranking of Ireland university, Trinity is not just a place where hard working students are studying, it’s also a famous touristic area where you can learn a lot about Dublin’s history. During your visit you could admire the large entrance with the big front arch and wooden doorway. This college count one of the oldest Library homes to the Book of Kells. The wood architecture and the massive walls of this long room would dive you into an Harry Potter book. The entrance in the Trinity college is free but if you want a to visit the library you should pay a ticket of 16 euros per adult. To visit the campus with a guide there is ticket for just 15 euros per adult and for the most curious you can have a guide for a tour of the campus and the library for 27 euros per adult. 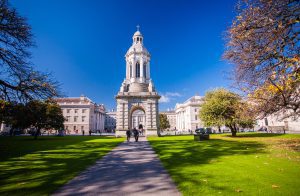 As an history lover, the Kilmainham Gaol is full of terrifying history. This prison of 1796 built to replace the old one in Mount Brown. It held thousands of men, women and child for every type of offences during more than 100 years. The Gaol was closed in 1924 but kept as a National Monument and restored by the Kilmainham Gaol Restoration Committee. The unique way to visit the Goal and discover its history is to book a guide tour into the website. During 90 minutes, you will walk through the different areas and discover the history of these persons who tried to survive here during years. You can visit it for 8 euros per adult.

In the city center, the St Stephen’s Green park is a quiet place next to the main busy street of Dublin. This victorian public park is nearby the Grafton Street plenty of brand stores. During years, the St Stephan Park was closed to the public, only the resident of the district could go in and disconnect from the city. In 1880, Lord Ardilaun re-opened it for the citizan of Dublin. It’s the perfect place to have a walk or have picnic during Spring or Summer. Full of flowers, trees and with a waterfall and a ornamental lake this place is the perfect spot to take beautiful pictures. Otherwise at the North of the Park, the Little Museum of Dublin has a great view over the Green’s. So according to the daily opening hours you should enjoy this 3.5km of relaxing pathways! 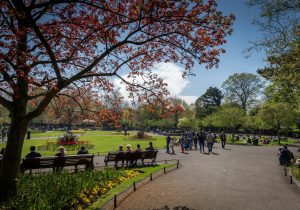 You can’t miss the Spire, this landmark in the city center of 120 meter high created in 2002 just next to the famous GPO. Stand in the middle of O’Connell street, this silver monument would reflect the sunlight during sunny day and illuminate the street. The Spire is about 3m of diameter at the base and finish with only 15 cm at the apex. Be careful, this monument can move until 1.5 meter during extreme wind!

Enter your details below to hear about our exclusive offers and sales.

Thank you for signing up to our newsletter.

There has been an error and you have not been signed up to the newsletter. Please try again. If the problem persists, please contact us.